The list of fixes that the update brings goes from Pixel 2 to Pixel 4 and it addresses common known issues in audio, Bluetooth, sensors, media, system and more. Checkout the complete table below. 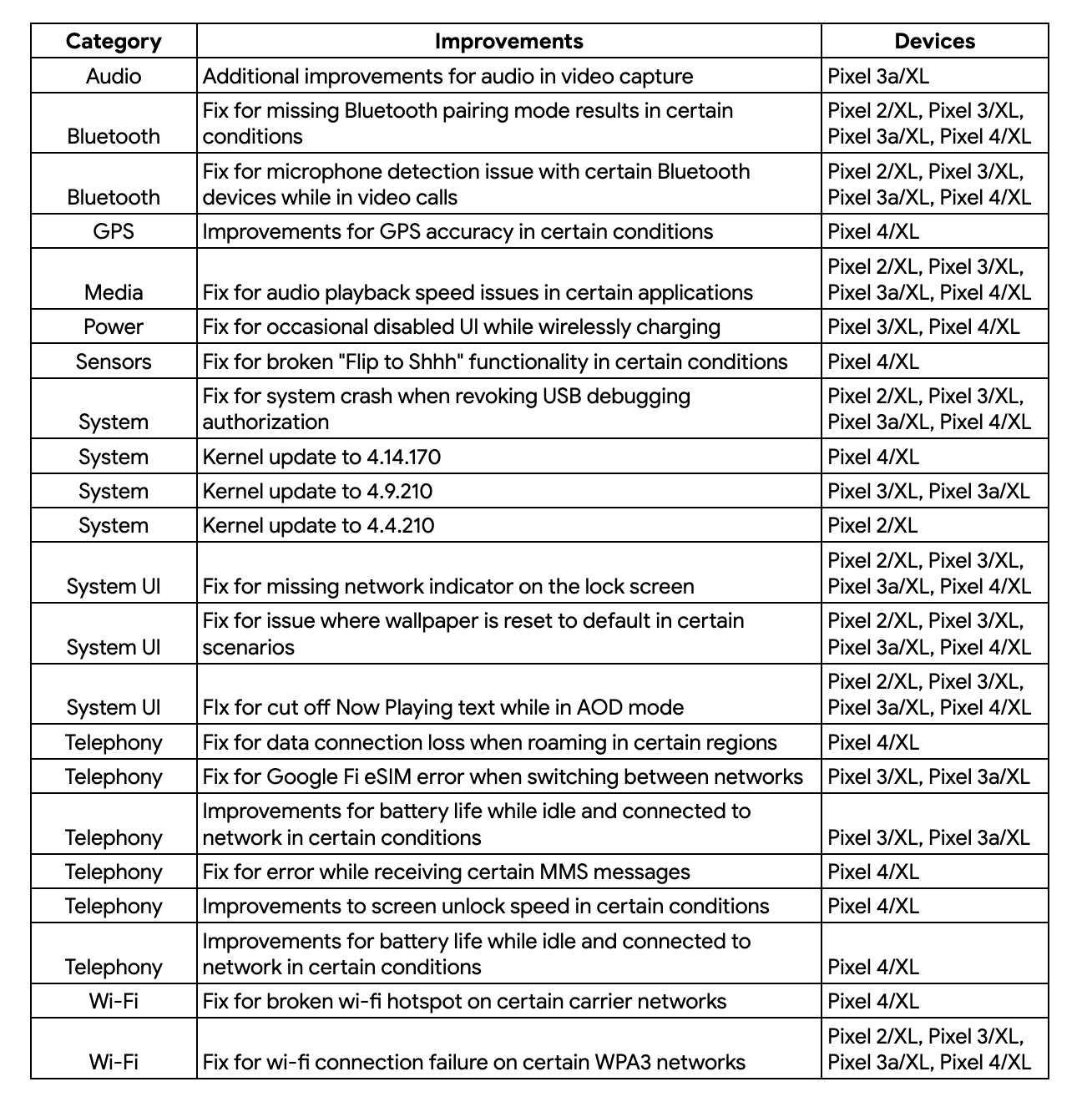 Google has already started rolling out the update. Depending upon your carrier and region, it might take some time to reach your device. You can also check for the update manually by checking for the updates manually. However, if you don’t want to wait for the update and are eager to try out new features right away, you can download the OTA file manually by heading to https://developers.google.com/.

How to apply for travel pass in Maharashtra

What is Programmatic Advertisement ?

How to Start a Small Business?

Toshiba finds doubtful transactions in unit, to revise past…

Huawei CFO’s lawyers argue US extradition charges not a crime…

Intel signals 2020 will be a turnaround year for chip industry…

Apple iPhone is back, hail analysts

US Justice Department plans to hold meeting to discuss tech…

India has a new number 2 player in the smartphone market –…

Tesla ordered to halt work on its German Gigafactory